Empty
The relationship between the northern ethnic group and the Han group is an important factor that affects the development of ancient Chinese history. 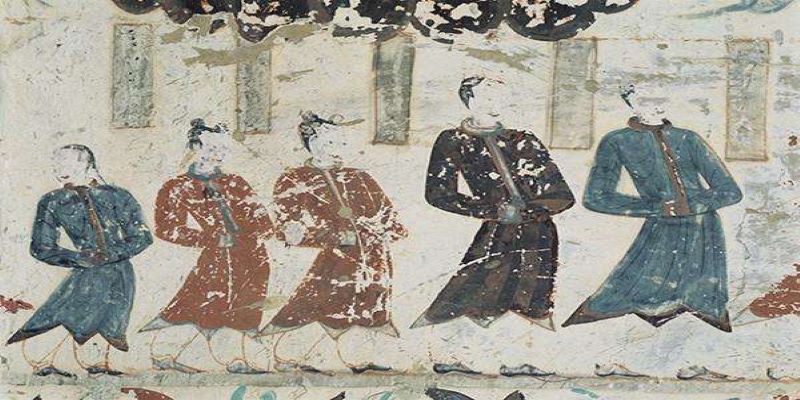 The relationship between the northern ethnic group and the Han group is an important factor that affects the development of ancient Chinese history.

Since the Eastern Han Dynasty, the northern and northwestern ethnic groups like Hun, Xianbei, Jie, Di and Qiang had been forced to move into the hinterlands and become tenant peasants, soldiers or even servants, further sharpening the divisions between ethnic groups. Some ethnic regimes were set up during the struggle against the Han rulers. They continuously advanced to the central plains when the Han reign was under chaos.

At the time of Wei and Jin dynasties, the northern ethnic groups' migration resulted in a "half population in northwestern prefectures."They still kept the original clan organization and set up an ethnic regime in the chaos. They revolted against oppression, strengthened power, struggled for wealth and attacked each other, intensifying social turbulences and wars. On the other hand, the ethnic groups were registered as national households mainly engaged in agriculture. They lived together and married local people. The frequent exchanges showed a harmonizing trend.
After decades of living together, mutual conflicts and exchanges, most of the ethnic groups acknowledged the culture of central plains, regarding themselves as offspring of Yangdi and Huangdi and imitating the political and economic policies of the central plains developed since the The History Han and Wei dynasties with varying degrees. For instance. Liu Yuan, an aristocrat of Hun, was quite acquainted with classical works on Confucianism as well as The Records of the Grand Historian, The Book of Han and The Art of War. He claimed himself the nephew of the emperor of the Han Dynasty and established a state with the title of Han. His successor Liu Cong was equally acquainted with literature and history and was good at calligraphy like cursive handwriting and official script, with hundreds of poems and odes. Fu lian of the Pre-Qin Dynasty declared to "mix all the ethnic groups into one family."He attached great importance to officials of the Han Dynasty, courteously treated celebrities of all ethnic groups and worked to popularize Confucianism and the systems of Han in an all-around way. After the Northern Wei built by the Xianbei ethnic group unified the north, the ethnic group permeation was sped up.

At the beginning of the Northern Wei's reunification, many outdated traditions were still in existence. For instance, in the wars, persons from Han and other ethnic groups were infantries for assaults while the Xianbei cavalries supervised them from behind. Economically the ruler's cruel oppression aroused intense resistance. Queen Mother Feng from Han with the edification of central plains culture instigated Tuoba Hong, Emperor Xiaowendi of the Northern Wei who succeeded to the throne at five, to reform. In order to smoothly promote reform and better learn the culture of the central plains, Emperor Xiaowendi moved his capital from the remote Ping Cheng (today's Datong, Shanxi) to Luoyang, the capital, for several dynasties. After the move, Emperor Xiaowendi greatly promoted Han-oriented policies, regime organization, rituals and codes. For life and customs, Hustyle clothes and Xianbei language were prohibited. Xianbei persons were to change their surnames to the Han style. He also advocated marriage between the Xianbei and Han and forbade it between Xianbei persons of the same surname. During the reform, Emperor Xiaowendi set himself an example to others by changing the royal surname from "Tuoba" to "Yuan" and renamed himself as "Yuan Hong." He also married the daughter of a minister of Han and married his daughter to a person of Han. After the all-around reform in politics, economy, culture and customs, the Northern Dynasty completed the ethnic group permeation.
During the Wei, Jin and Southern and Northern dynasties, the world also experienced a huge change. The Gupta Empire rose in India. The Arsacid Dynasty was ended by the Persian Empire. The brilliant ancient culture of Rome was interrupted by the invasion of other countries. Although experiencing prolonged disunity and wars, Chinese culture continued and developed along a winding way. Not only did the southern economy achieve an unprecedented boom, the northern ethnic groups gradually gathered together in the conflicts and converted to the civilization of the central plains. Without shaking landlords' occupation over land, the System of Equal Distribution of Land practiced in the Northern Wei area distributed land to peasants according to household population. That properly solved the problem of combining land with labor and significantly pushed forward the means of production in the central plains, having far-reaching influence on Chinese history. Hu-style food, clothing, beds, music and dances with unique features of northern ethnic groups, as well as other prairie cultural elements like advanced techniques concerning livestock breed selection, and disease prevention and treating, were gradually merged into the Han daily life, enriching the culture of the central plains. The ethnic group permeation, with Emperor Xiaowendi's reform as a mark, laid a solid foundation for reunification at a broader and higher level.