Empty
Emperors "will be the head if honest and upright, and isolated if brutal and tyrannical." 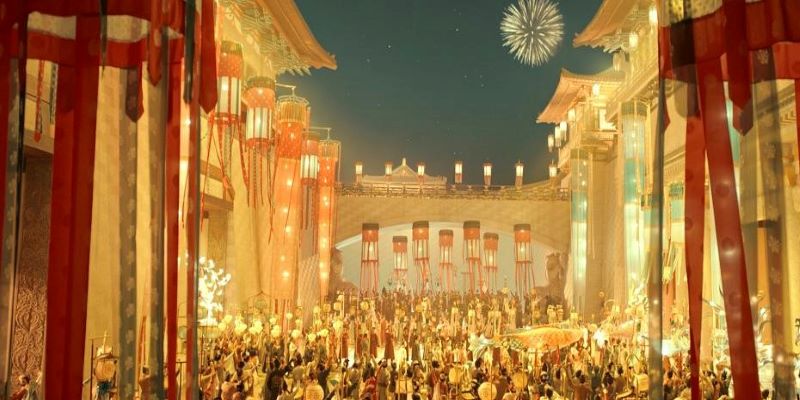 Emperors "will be the head if honest and upright, and isolated if brutal and tyrannical."
1 Li Shimin, Emperor Taizong of the Tang Dynasty
In 626, Li Shimin, honored with great feats in building Tang and reunification, changed the title to Zhen guan. The powerful Sui Dynasty's quick collapse deeply shocked Li Shimin, Emperor Taizong of the Tang Dynasty. He realized emperors "will be the head if honest and upright, and isolated if brutal and tyrannical." So, he successively freed 6,000 court girls and promised not to hold grand ceremonies of worship of heaven on mountains, pray for celestial beings or conduct large-scale touring around. He was also open to advice and tolerant toward his ministers' comments. His minister Wei Zheng, often cited the end of the Sui Dynasty as an example to criticize his faults in public. Emperor Taizong, when extremely angered by the criticism, once told the empress that he would kill Wei Zheng sooner or later, but he eventually accepted Wei's suggestions tolerantly. That gave rise to an open and loose political atmosphere between the emperor and his ministers.
Emperor Taizong believed that "winning talented people is fundamental to the national prosperity." With an open mind and unique insight, he didn't stick to fixed patterns for appointing talents. He chose from former leaders of the insurgent troops, former ministers of the Sui Dynasty, favorite ministers of his political opponents and ordinary people of humble birth.Those wise or brave people later played a big role in formulating and implementing the new reforms, expanding the ruling foundation and stabilizing the political situation.
During the regime of Emperor Taizong, he earnestly drew from the experiences and lessons from the Sui Dynasty, establishing a series of policies aimed to stabilize society and develop the economy. He vigorously adjusted productive relations, social relations and the relations inside the ruling group. That resulted in clean politics and a recovering economy, and the period was thus called the "Peaceful and Prosperous Zhenguan Period" in history, paving the way for the prosperity of the Tang Dynasty.
2 Wu Zetian: the only female emperor in Chinese history
Li Zhi, Emperor Gaozong, the successor of Emperor Taizong, was a coward and weak in health. Wu Zetian, the queen, was actively engaged in political affairs. After he passed away, Wu Zetian ascended the throne in 690, becoming the only female emperor in Chinese history. Wu con-trolled the empire for half a century. Wu Zetian's father was a nouveau riche, who rose with Li Yuan, Emperor Gaozu, but was regarded as humble by the hereditary noble families. Emperor Gaozong's replacement of Wang with Wu as his empress was once strongly opposed by his senior ministers. The support of the ministers of non-scholar birth helped Wu Zetian step on the political stage as an empress. After Wu seized power, she regulated that all officials including soldiers promoted to fifth-ranking officials due to feats should be enlisted in the name catalogs previously meant exclusively for hereditary officials.She also put cruel officials in important positions for framing crimes and killing noted families and ministers embracing resistances to break the tradition of prestigious families'monopoly of high ranks and politics. Moreover, Wu held examinations and questioned applicants herself. She selected talents from common landlords without restriction of rank or family. Luo Binwang, one of the four outstanding poets of the early Tang Dynasty, once wrote A Call to Crusade against Wu Zetian, condemning that she was ruthless and rapacious, and "is hated by both people and the god, and can't be tolerated by the heaven and earth." Instead of flying into a rage, Wu spoke highly of Luo's talent and chided the prime minister for not adopting such talented people like him.
During her regime, Wu followed the policies of the Zhenguan Period to award farming and sericulture, and reduce labor service and taxation. Being prudent in wars resulted in continuous economic development. According to Assembled Essentials of the Song Dynasty, households nationwide rose from 3.8 million in 652 AD, a time right before she came into power, to 6.15 million in 705 AD, when she abdicated from the crown.
3 Li Longji, Emperor Xuanzong
In 712, Li Longji ascended the throne and was called Emperor Xuanzong. During his early term, he stuck to implementing reforms, adjusting official systems and developing production. That led to a highly stable society and a thriving economy with years of harvests, quality and cheap grain and up to 10 million households. The period also saw an unprecedented development of handicrafts like porcelain-making, textile and iron-smelting in product categories, production scale and techniques. The state power of the Tang Dynasty had reached its culmination, and the period was thus honored as the noted Kaiyuan Flourishing Age and was another peak time in ancient China.